On the one hand, the Feds, with their national scope and deep pockets, are a very appealing “Superman” (a la Waiting for Superman). On the other hand, ripping control of our schools away from our communities is scary. Centralized power is great, if done right. if done wrong, ALL the country’s schools run into the ditch. Also, there is considerably less room for the experimentation that has the potential of showing ways to do education better. 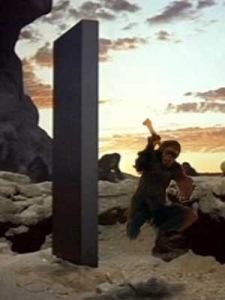 Having said all this, to me, national curriculum standards make perfect sense. Having different standards in different states (with the exception of certain localized history standards) makes little sense and is even concerning. It does put a tremendous amount of responsibility far from the local voter’s hands. Yet, I am inclined to believe in national standards for exactly that reason (among others). Just like critical social issues like Roe v Wade and Brown v Board of Education (that were decided at the national level and over the strong objections of many citizens), we need a national understanding about certain things. I hope I’m not going to ruffle any feathers (apologies in advance, if I do!) but as much as I honor the desire of many citizens to keep evolution out of science education, that instinct does our country and its citizens little credit and less benefit.

Like “separate but equal,” the rejection of the scientific method inherent in many arguments against evolution is a rejection of the basic premises of reasoning upon which our country and western civilization are based. To be sure, there are some excellent conversations we can have about these issues in our schools. In particular, it is absolutely fair to discuss the scientific method that lead us to believe in evolution and the ongoing evolution of the concept of evolution as scientific inquiry moves forward. It is absolutely fair to say that science cannot tell us yet how or why the universe came to exist. Science cannot disprove the existence of God or Gods; that needs to be understood and discussed too. But avoiding the whole subject in major areas of our country is nearly as bitter to me as the idea of segregation or unequal gender rights. National standards allow us, as a country, to take the “high road” and put the discussion of these things where it belongs, into the classrooms. To tell teachers what they cannot discuss is perverse. Relevant, age-appropriate material is the grist of learning. Worse still, telling them they cannot teach the scientific method is… well, pick your own word. Mine will be too strong. 🙂

© MobilisMobili.com, 2008-2012. Unauthorized use and/or duplication of this material without express and written permission from this blog’s author and/or owner is strictly prohibited. Excerpts and links may be used, provided that full and clear credit is given to MobilisMobili.com with appropriate and specific direction to the original content.
%d bloggers like this: